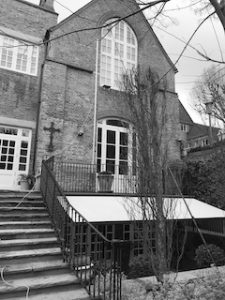 Spick & Span used window cleaning used tools and techniques that were up to the task. The challenge of the work was that the window were very dirty and needed very deep cleaning. Also the windows were very difficult to reach. Rather than use scaffolding which was initially suggested, Spick & Span window cleaners used 60 ft telescopic poles to reach the 4th storey windows. Bristle window cleaning brushes were also used as these has sufficient scrubbing power. Pure water was jetted through micro-bore hose, to the brush head, via carbon telescopic poles and the window panes were scrubbed and then rinsed, leaving the windows clear and translucent afterwards.

The windows were left noticeably cleaner and the residents were very grateful to at last have clean windows.